20 June 2017
Downloads: 3194
Author*: U.S.F.
File uploaded by: USF
Hello everyone, I want to present you some skins based on the appearance of Batman from the movie Batman v Superman: Dawn of Justice.

The pack includes:
- Standard Batman.
- Batman in the armor in which he fought against Superman.
- Batman from a nightmare where Superman became a villain.

The skins have a skeleton configured not badly.
Skins configured for Normal Map plugin by DK22Pac.

You can replace with anyone or play through the Skin Selector. 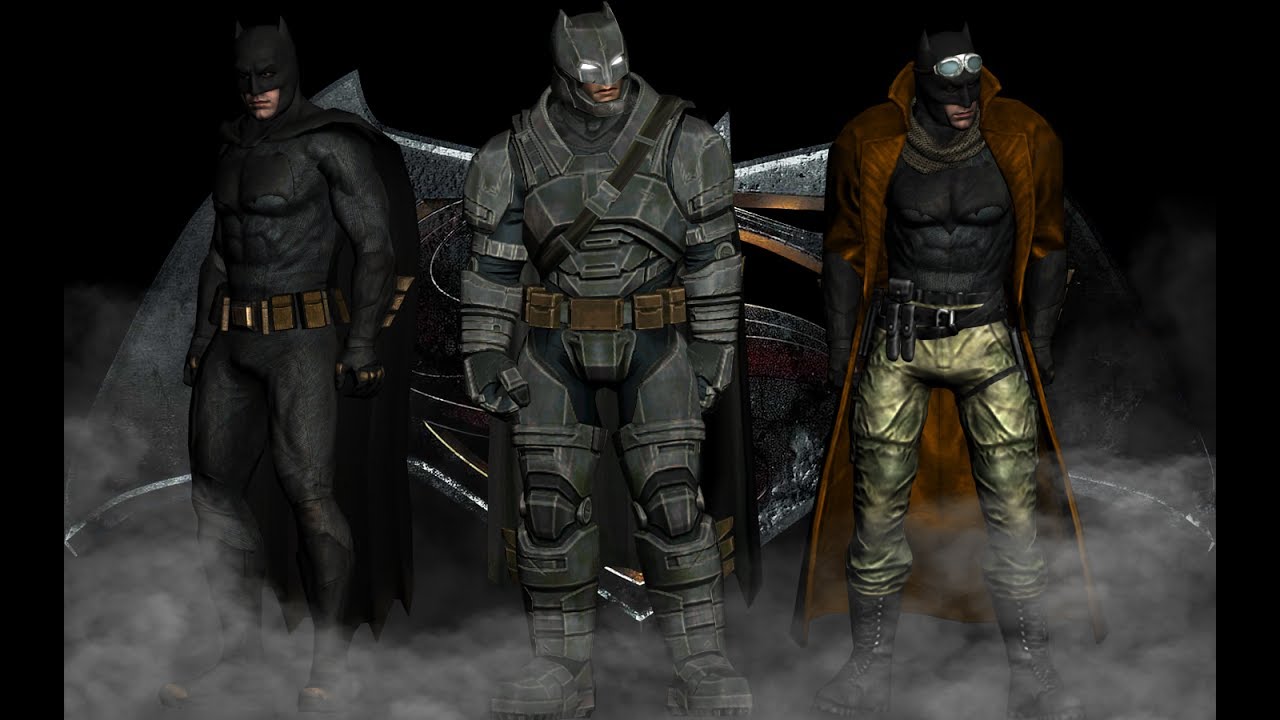 Publication of the mod on third-party resources is prohibited.
Have a good game!

One of the few Japanese supercars, the developers of NFS:Shift 2 Unleashed turned into a fairly impressive racing prototype. Now you have the opportunity to experience all his power and speed, not only in Shift 2, but also in GTA San Andreas. ...
DERK7 94 7050 2.62 Mb
22 May 2022 GTA San Andreas

I saw similar mods, but they didn’t particularly please with the quality, always either crashes, or just crooked models or settings. So I decided to assemble myself. Replacing TOTAL transport to analogues from HD universe (GTA V and GTA IV) for...
Sekiro 152 182514 231.00 Mb
16 November 2022 GTA San Andreas

Russian voice acting for GTA San Andreas! What is said: 1. Story missions; 2. Police dispatcher; 3. Advertising on the radio (namely, the translation of the original advertisement); 4. Random phrases of Carl and the main characters, as well a...
акробат 22 10550 2000.00 Mb
10 April 2022 GTA San Andreas

Grove Street in the style of GTA 5

A modification that replaces the San Andreas map with cities from Assassin's Creed II and BrotherHood! The mod includes Monteriggioni/Villa, Rome, and you can also find Tuscany and Sunny Florence. Also, for the full atmosphere of Assassin's Creed, t...
AlfaMAN 89 8824 154.32 Mb
25 November 2022 GTA San Andreas

This assembly fixes most of the problems in the game. Due to the fact that the developers did not fix the known problems, the players have to do everything. The game will now look as it should. The atmosphere has been improved with well-known fixes ...
Maks_grain4 35 9110 4000.00 Mb
28 August 2022 GTA San Andreas

Mission Maker is not just a mission editor, it's a great perspective for your imagination. Everything that just comes to your mind, you can translate into virtual reality with the help of our mod! San Andreas (Mission Maker) The creator of the proj...
Naloger 40 4487 11.05 Mb
19 April 2022 GTA San Andreas