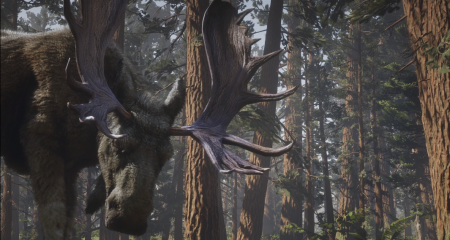 Elusive, lonely wanderer with a pair of wide red horns was noted amidst the foliage of Tall Trees. It breaks into a trot to move fast and get away from both Naturalists and poachers.
Harriet will task you with sampling the legendary moose. If you decide to kill the animal and skin it, Gus Macmillan will be able to make an impressive coat with cowl out of it. Gus will also pay 50% more for each bear skin sold to him during the next week. 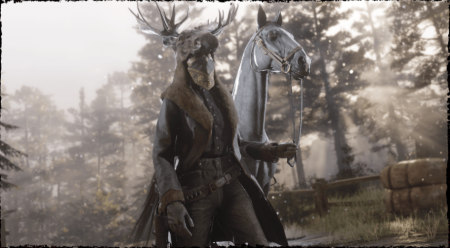 Take part in a classic shootout in several new locations this week. Both Shootout and Team Shootout include such locations as the up-and coming port city of Blackwater, Bolged Glade’s historic battlefield, docks of Saint Denis, frontier outpost of Tumbleweed and The Manor. 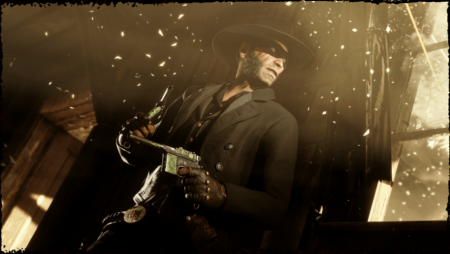 Outlaw Pass No. 3 concludes at the end of this week. Golden Spirit Buckle and the Bandit Mask are available for purchase until the 19th of October. Owners of Outlaw Pass will receive a gift including 10 special health cures, 5 pieces of lost jewelry, 200 rounds of sedative ammo. Players who have already reached level 50 of the outlaw pass will receive the Griffith Chaps and the Caffyns hat as well. 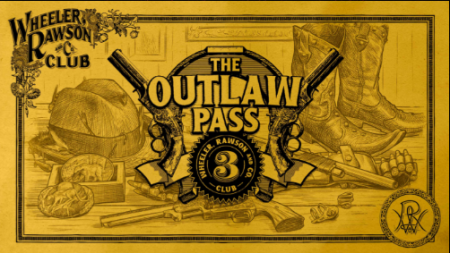 Log into Red Dead Online until the 19th of October to receive 5 blending tonics and 50 rounds of nitro express ammo. Hunt or sedate the Legendary Ruddy Moose to claim a free off-hand holster (rank 70 and below). Also, all baits are 50% off, shotguns and the Elephant rifle are 40% off.