GTA Vice City can now be launched on Nintendo Switch

Twitter user revealed GTA Vice City can be played on Nintendo Switch. After GTA 3 port to the console became possible, the developers advanced significantly in transfering games to portable platforms. Modder posted the source of the game's engine on github.com, which allows you to install the game or try to make your version of the port.

The Nintendo Switch version of GTA Vice City is not yet stable and has bugs, however, the port should become more playable over time. There are no performance issues or FPS drops. The community will help the developers to find out and fix all the bugs, making it another of Rockstar Games’ titles available for the console. Perhaps, we will soon be able to play GTA San Andreas on Switch as well. 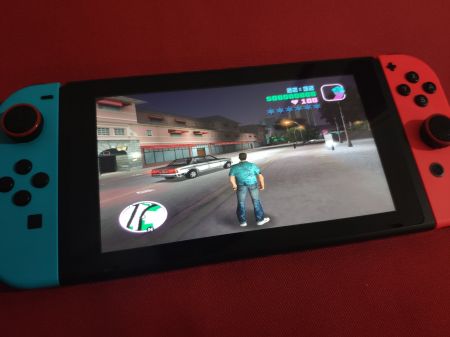