Big list of removed tracks from GTA: The Trilogy debunked

4chan leak that a lot of music tracks will be removed from Grand Theft Auto: The Trilogy – The Definitive Edition due expired license. The list consists of Hall and Oates, Michael Jackson, Go West, Guns and Roses and a lot of other artists. 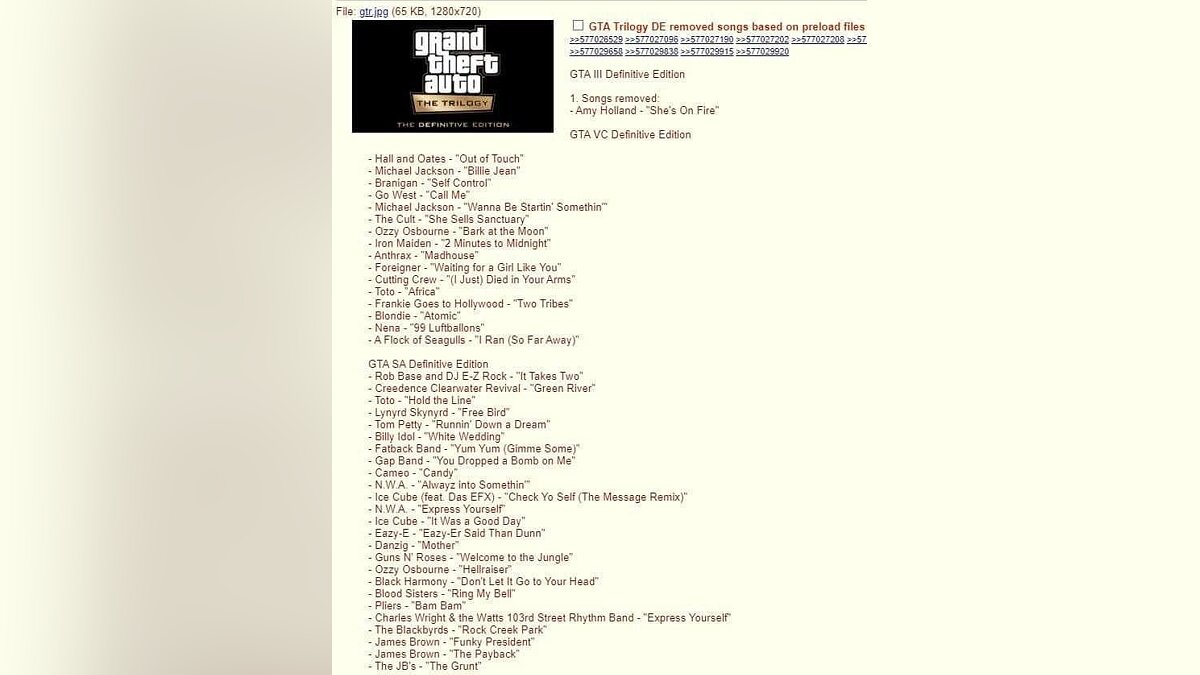 The fans were stunned so they went deep with own investigation. It seems this leak is . There is a track in the list that is tied to achievement "Today Was a Good Day" that will appear in GTA: The Trilogy. This is a reference to supposedly removed Ice Cube song "It Was a Good Day".

There is no way to check it for authenticity right now since pre-load files are encrypted on consoles.

If Rockstar Games will remove these tracks, the games will lose a lot of their style.