GTA Online players started a full-scale war against aliens. Whats going on there?

We recently told you about the new challenge in GTA Online which consists of players gathering up, changing their attires to alien suits to then start driving around in a van and killing bystanders with melee weapons or bare hands.

Casual fun event turns into serious full-scale battles. Part of the players joined the green aliens, others decided to declare war to them by changing to purple alien suits and defending peaceful players from green ones. Reddit users express irony about this war via memes: 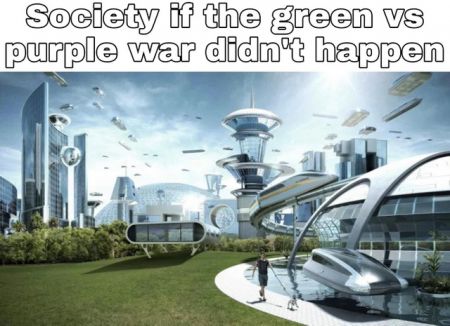 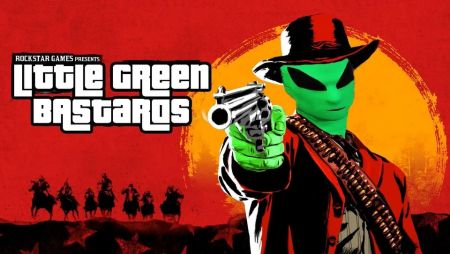 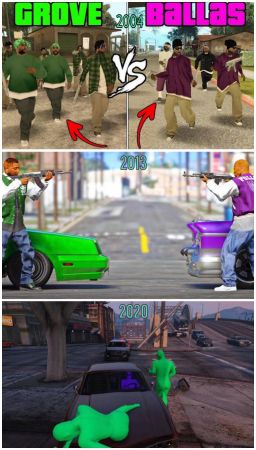 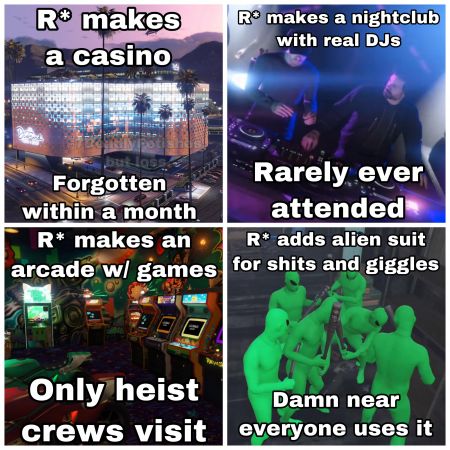 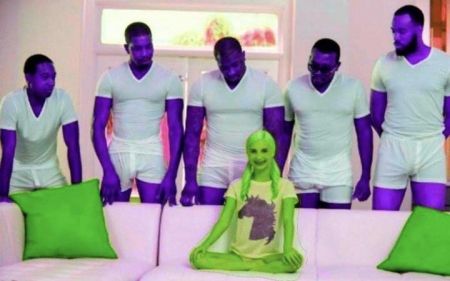 The irony of the situation is further escalated by the fact that yesterday Rockstar launched 40% discount for all futuristic weapons. It is evident that the developers may be on watch for the situation. Or it's a simple coincidence. 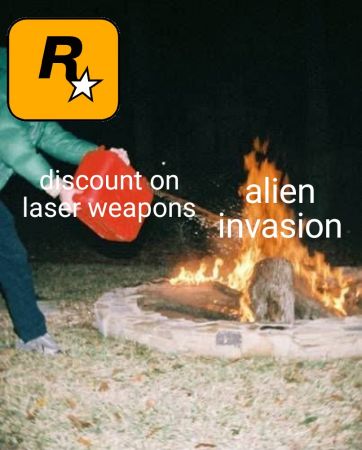 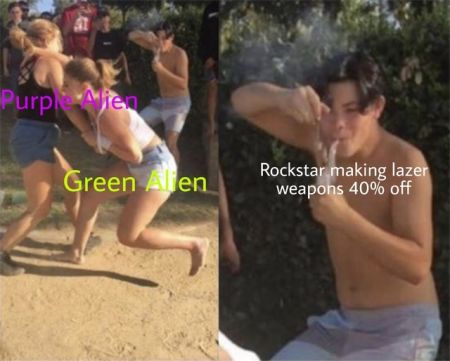 Eventually, yet another group of players was formed to fight back both green and purple invaders. These players prefer other related attires, such as military gear, space ranger suits, diver suits etc.

Rise up against these aliens. from r/GTAV

Of course, Rockstar have predicted this war. Just like in Simpsons. 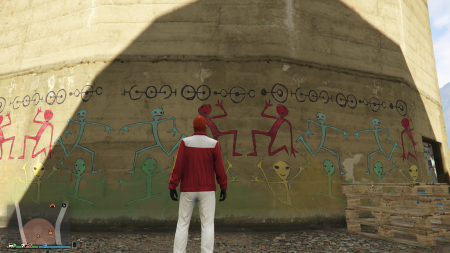