New GTA 6 rumors: four protagonists, names of three of them are known

There were lots of rumors about during several last months. Players were expecting the game to be announced by the end of March 2020, however their hopes were not fulfilled. On the contrary, Kotaku editor stated that the game is in early development stages. Reliable insiders responded, disagreeing with the latter.

While Rockstar is silent and does not comment the situation, more and more rumors and leaks related to the upcoming game appear online. 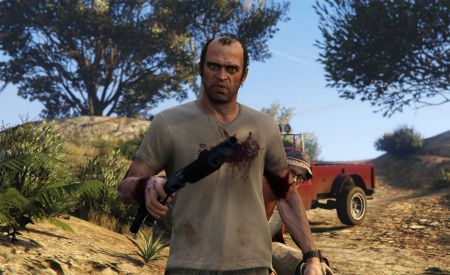 According to the leak, there will be four protagonists. The names of three of them are Walther Wallace, Thomas Branigan, Marcus Burke, and the name of the fourth is unknown. Each of the protagonists is involved in drug dealing, and Thomas Branigan has his own plane for smuggling.

The location for the game is claimed to be Florida, and the biggest city is Vice City. The size of the map is as big as GTA 5 and RDR 2 maps together. During the gameplay process the players will be able to visit a nameless island in Central America.

Alright, so i saw the first one 2 days ago, it stated this(this is all unverified btw, so take this with a grain of salt):- I was a friend of one employee who was disgruntled during 2019,and wanted me to anonymously leak info about GTA 6 but things improved later and lost contact with the guy

To keep this within text limit, i will keep this short.

1- The game was worked on in full active development since 2016 or 2017, but pre production began shortly after porting GTA V to current gen consoles in 2014

3-There is a pissing minigame where you control your dick using your controller motion controls.

4- There are 4 protagonists in the game, Walther Wallace, a driver, then an Israeli former IDF guy(don't know his name), Thomas Branigan who has a smuggling plane called the raven, and the fourth guy was marcus burke, other than him being a single father of a son, he deals in drugs

5- The area is based on florida, but vice city isn't the only major city in the area

9- the story is in the middle between GTA IV Dark and GTA V Bright, and you start playing as branigan.

There was a part 2 to this and it stated as follows:-

10. The Map follows a design similar to that of GTA San Andreas's map, 3 major cities and 1 smaller city to the far northwest of the map, but the terrain is way different from past entries

11. There are multiple child characters in the game, they mainly interact with Burke and his adolescent son (I wasn't told more details but probably just his friends)

12. The game retains the cores from RDR2 and they function much in the same way as they did in RDR2, except that the fortifying items are changed to resemble drugs.

13. Character switching isn't instant, but its (apparently) more entertaining than it was last time(instead of the game zoming out, the camera just travels quickly to where your desired protagonist is)

14. There is improved parkour in the game, inspired by Sleeping dogs but it isn't as extensive as in there or other games(Can't wall run for example)

15. Weapons function more realistically in gameplay than they did in GTA V, rocket backblast is 1 hit kill and can cause you to accidentally kill side characters and alter mission outcomes(In one mission you are supposed to destroy a helicopter but instead of using a rocket you can use a sniper, if a rocket is used a side NPC will get backblasted but the mission won't fail)

16. Hand to hand combat is retained from RDR2 except its harder to fight using hand to hand in GTA 6 than in GTA V

17. Character specific powers are back but they only implemented 1 power for Walther Wallace, and its just franklin's ability.

18. Mori Kibbutz is in the game, and that's all i know about it.

19. You can gain weight, and it affects the same attributes as they did in RDR2, except also what kind of body armor you can use.

20. All this info was acquired throughout 2019, i have no knowledge of trailers, but i do know that the game is definitely not in early development, also TezFunz2 comments seem more accurate than ever.

I don't know if 4 chan links are allowed so forgive me.

I personally believe this and thks goes in line with tezfunz2, and against jason schreier.