YouTube-creator TK Rebirth showcased his rendition of Thor and Homelander (the character from the superhero series called The Boys) in GTA 5. The author showed a duel between two characters using their abilities. The superhero fight in the game is somewhat reminiscent of the Dragon Ball fighting game series. 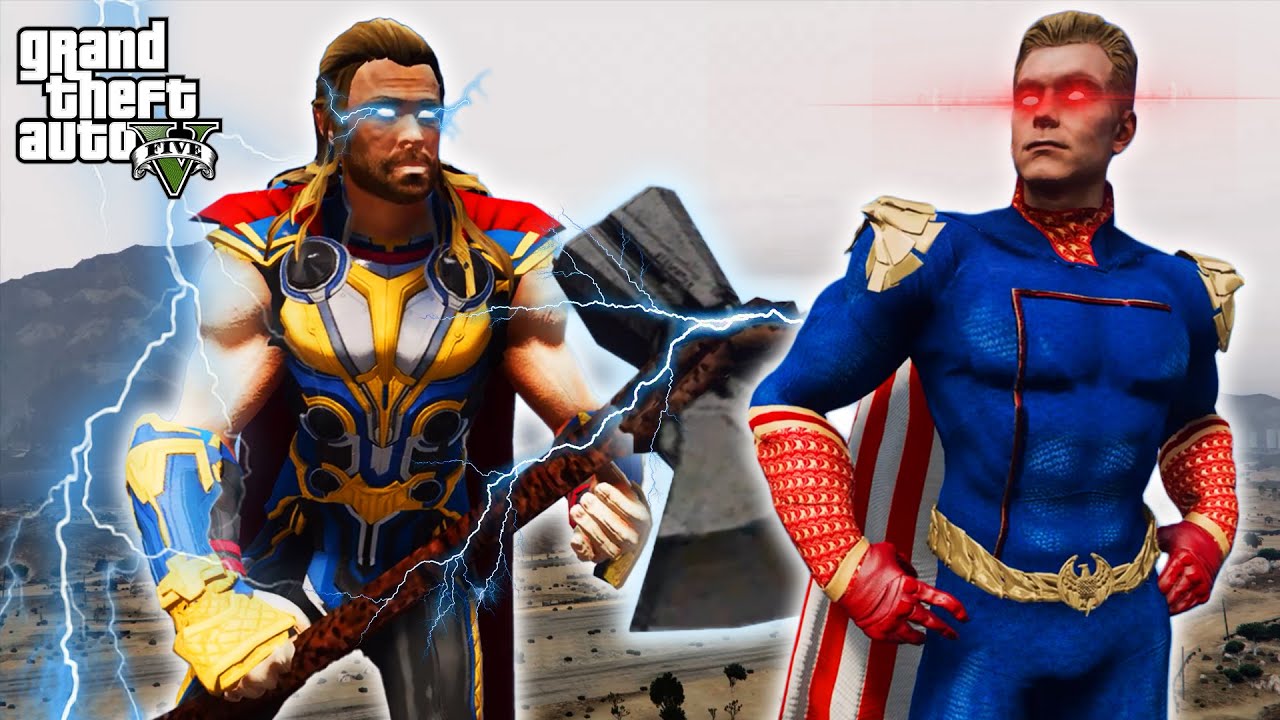 In this mod Thor has a standard set of superpowers. He throws lightning and fights with a hammer. Homelander, as a character inspired by Superman, flies and has laser vision. Heroes have special attacks and a large health bar.

The superhero mod is not publicly available yet.

As expected, the action will again unfold in sunny and criminal Los Santos (LA). In the very first trailer, the main character talks about why he decided to move to this city. UPD: For those w...
Badman 379 Download (84.86 Mb)
16 December 2012 GTA 5

The second trailer GTA 5 . The archive contains the original version of the trailer, without subtitles. Trailer with Russian subtitles: Interesting facts and findings in the second GTA 5 trailer are described by here . Screenshots from th...
Badman 13 Download (93.96 Mb)
12 March 2013 GTA 5