The re-release of GTA 5 for next-generation consoles has failed on the popular grading aggregator Metacritic. Users gave the game an average score of 2.3 out of a possible 10 points. Gaming publications and journalists gave the remaster a significantly higher score, its assessment holds above 8 points. 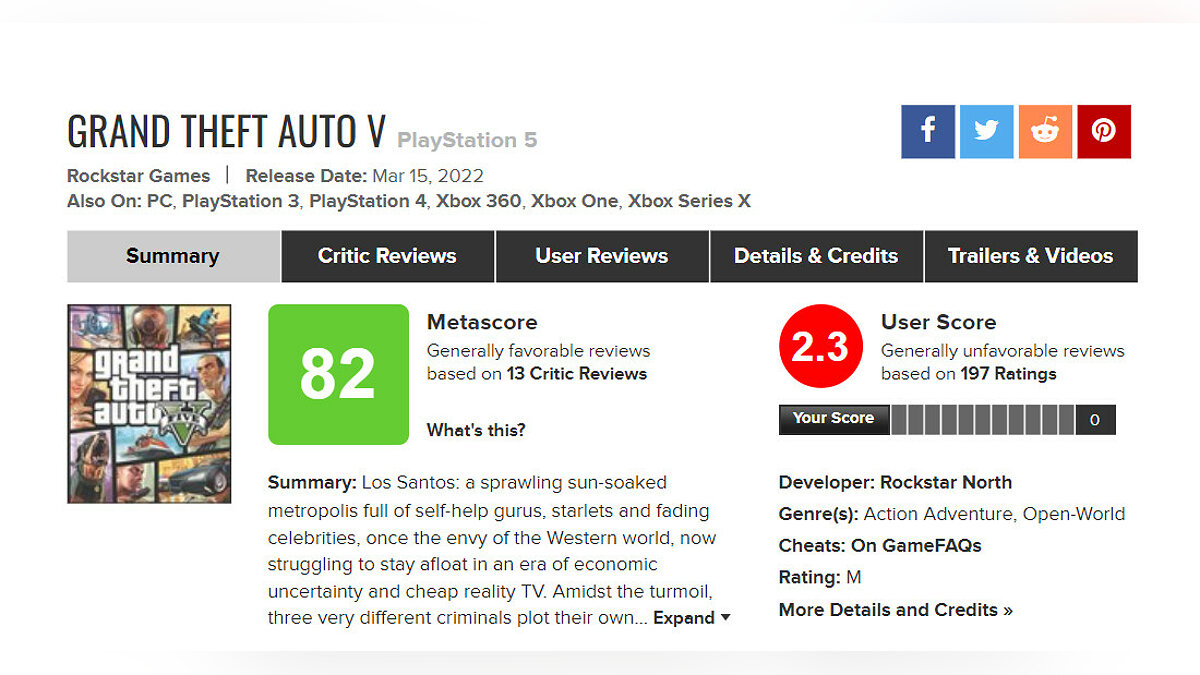 Users resented the fact that the GTA 5 Expanded and Enhanced was not something decisively new. The game is the same as the PC version that came out seven years ago. According to many commentators, this re-release could have been a regular patch, but Take-Two decided to capitalize on that as well.