The readers of IGN their own best video game ever. The Final Round of IGN's Best Video Game of All Time Bracket clashed two AAA-titans: Grand Theft Auto 5 and God of War. More than a half a million voters chose the latter. 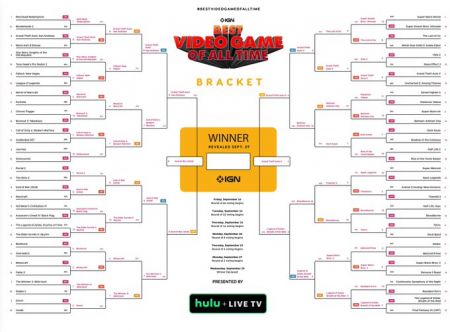 Leading to this final bracket GTA San Andreas won over Red Dead Redemption and Fallout New Vegas. GTA 5 was a winner in brackets with The Last of Us, Batman Arkham City and The Legend of Zelda: Breath of the Wild. 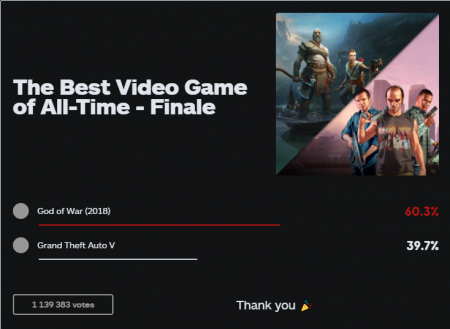 About 40% of players gave their votes for GTA 5. Needless to say that it is the game that was originally released in 2013 and God of War is a more recent title. Also the trailer of new remastered version was met with anger. The players didn't find anything good in new version of the game for PS5 and Xbox Series. Either way, GTA 5 is still a big name for the gamers and the industry. It became a huge success for Rockstar Games and Take-Two Interactive who has now shipped 150 million copies of the title.