GTA 5 remaster is mentioned in GTA Online files. Game will use the Red Dead Redemption 2 engine.

For example, a new variable called “CHasCharacterToTransferDecisionPage” was added. The variable is likely to be responsible for transferring your characters to the next-gen version of the game. Data miners believe players will be able to continue the game on the past-gen consoles, but any further progress will not be synchronized

Another interesting find is variable “rage::fwuiMessageBase” which is available in RAGE engine version in Red Dead Redemption 2. It is possible that GTA 5 remaster will use the latest version of the engine. 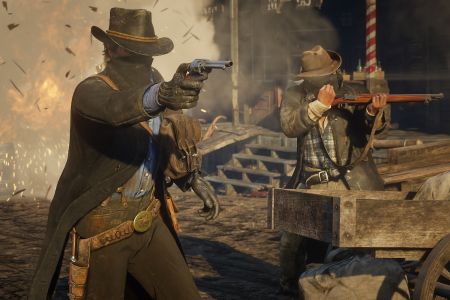 Rockstar Games has announced GTA 5 remaster at summer 2020. The game will become available to next-gen consoles and PC in Q3-Q4 2021 and will receive a range of performance and graphical updates. By the time this article was posted there were no further details about the upcoming remaster.

Along with GTA 5 remaster’s release GTA Online will also be released as a separate game. PlayStation 5 players will receive exclusive content and will be able to play without PS Plus subscription for the first three months. Similar separate online mode release of Red Dead Redemption 2 happened earlier for all platforms.