6 October 2015
Downloads: 235
Author*: GTA Series Videos, R*
File uploaded by: Dr_Ziegler62
There is one little thing that makes me love Vice City Stories. And it's nothing short of a cameo by the world famous 80s rock star Phil Collins, as well as his performance in the game itself with the amazing song "In The Air Tonight". After completing the mission of the same name, in which we need to stop the mafia thugs from killing Phil during a concert made entirely in the game engine, we can see him perform by paying $6,000 in in-game money. For those who are too greedy, or have not played Vice City Stories (although I strongly advise you to do this), I present this video. 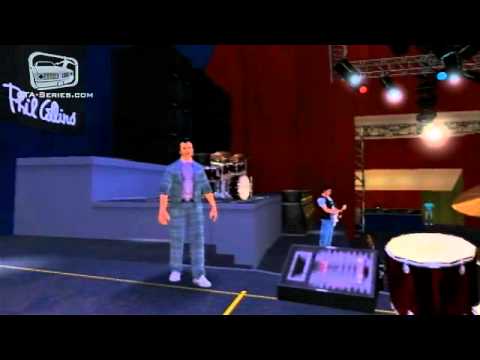 P.S. You can download the video from the link.

This is a partial retexture of GTA Vice City Stories, mainly aimed at replacing the interface and hood of the game. The author tried to preserve the original atmosphere as much as possible. What was replaced: - Text and button icons. - Radar and...
AirHunt 7 Download (3.28 Mb)
22 August 2011 GTA Vice City Stories

I could not find such an archive on the Internet, I decided to get confused and make it myself. Here are the saves after each mission, so if you messed up somewhere - do not despair, you can take the save from here and calmly move on. ATTENTION! Sav...
Akila_Khan 12 Download (35.22 Mb)