30 December 2014
Downloads: 3141
Author*: dim1988, frozenblood
File uploaded by: dim1988
Additions for the second version of the mod Mortal Kombat Conquest for GTA SA.
The mod itself can be downloaded here.

What's added in this version:
Soldiers voice.
They scream in pain or when they are captured. Many of them can laugh or say something, for example, when the enemy falls from a great height. Sheng Tsung can speak when he steals a soul and transforms into another character. Johnny Cage may yell something when performing a split uppercut. Shao Kahn, Sheng Tsung, and Kano can say or swear if an uppercut or a similar reaction is used against them.

Added three new fighters - Reptile from MK1 (with the abilities of Scorpion and Sub-Zero), Cyborg and Chameleon (turns into other classic ninjas and adopts their abilities). They replace characters that were not available in the previous version. Chameleon is available only to the player, you cannot fight against him.

Some shots can be blocked with a block. This option is only available to the player.

Some shots do not cause the enemy to fall, but only stagger back, but now if he performs a somersault or flight during a hit, he will fall to the ground.

Added arcade mode.
Now, when the player stands on the marker for a fight, a choice will appear - one fight or go through the arcade. In the arcade, you will need one selected fighter to fight in turn against several opponents and Shao Kahn at the end. Fights will take place in random arenas, it can be any arena, except for the top of the bridge. If the player loses, they will have to start over.

Also in this addon, some errors of the previous version are fixed.

Setting:
You must have the second version of the mod installed (link above). If installed, copy the CLEO and data folders from this archive with all the contents to the game folder, confirm the replacement of all files. Then launch and start a new game. 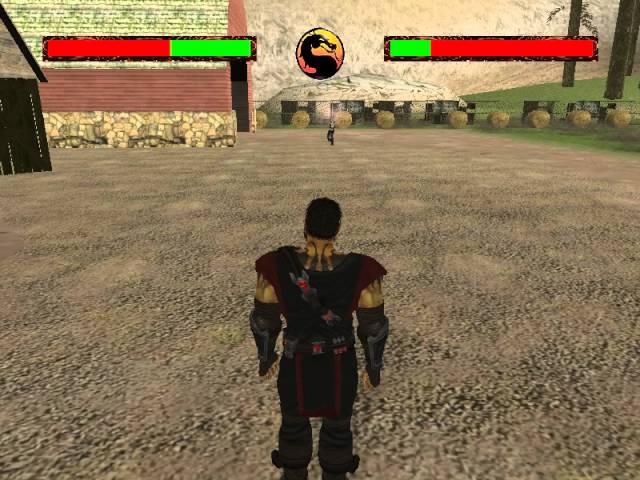 BMW M5 - all in one: civilian version, police, traffic police, FSB - to choose from. Available: - 5 paint jobs (4 police/traffic police + 1 FSB) - 5 extras Everything can be seen on the screenshot. Model and textures of excellent quality. The author...
Comments: 18 Download (10.29 Mb)

"Pulled" from the LS-RP forum. This model was brought out by a Russian player under the forum nickname chaffe. In principle, the model is quite suitable and fits into the atmosphere of the game. Features: -By default, replacement with Merit...
Comments: 8 Download (278.62 Kb)