The mod is compatible with the latest version of CLEO Redux.

- Fixed custom label texture not working (white square) on high RAM usage;
- Now the size of the labels is automatically adjusted for the new V Hud;
- Several small improvements and optimizations in the mod code, including tweaks to make some commands safer from script errors;
- Original game command, IS_CHAR_DEAD fixed.Update 02/27/2022:


- Fixed a bug that caused SEt_SCRIPt_EVENt_OBJECt_DELETE not to work properly;
- Fixed GEt_COLPOINt_SURFACE and GEt_COLPOINt_DEPTH not working without NewOpcodes.cleo;
- STRING_FIND now supports multiple characters (previously only the first character was counted);
- Fixed a bug that caused GEt_ANGLE_FROM_TWO_COORDS to call "NaN" (not a number) if you get an angle between two coordinates that are too close together, which could cause a crash when using this value;
- Now CLAMP_FLOAT can be used to fix "NaN";
- GEt_THREAD_VAR and SEt_THREAD_VAR changed to GEt_SCRIPt_VAR and SEt_SCRIPt_VAR to match new community standard (name makes more sense);
- Fixed wrong type in SEt_OBJECt_MODEL_ALPHA (in .xml).

- Fixed an in-game bug due to which the scripted LOD connection was not deleted when the object was deleted (the error occurred in the modification: Rotating Ferris Whee);
- Fixed SEt_SCRIPt_EVENt_SAVE_CONFIRMATION and GEt_CURRENt_SAVE_SLOT;

- Fixed a bug due to which "IS _ * _ JUSt_PRESSED" did not work correctly;
- Fixed Wanted Radar Warning script error;
- Fixed "GEt_CHAR_KILL_TARGEt_CHAR";
- Fixed "IS_CHAR_DOING_TASK_ID".

CLEO+ is an add-on to CLEO4 that adds new opcodes and commands. It's just a plugin that is in the CLEO folder. Recommended for GTA3script but also adapted for Sanny Builder.

You may not know this, but modding with the current CLEO still has limitations that require the use of memory manipulation. For example, there is no way to tell a bicycle from a motorcycle, or a melee weapon from a firearm. This leads to modders using memory read (which makes the code ugly) and newbies using id checking.

Also, it already includes FixSittingCarOpcode.cleo and CoopOpcodes.cleo (you don't need to install them. There are also some NewOpcodes.cleo commands. CLEO+ doesn't do anything in your game, besides it just adds features for use in mods CLEO. 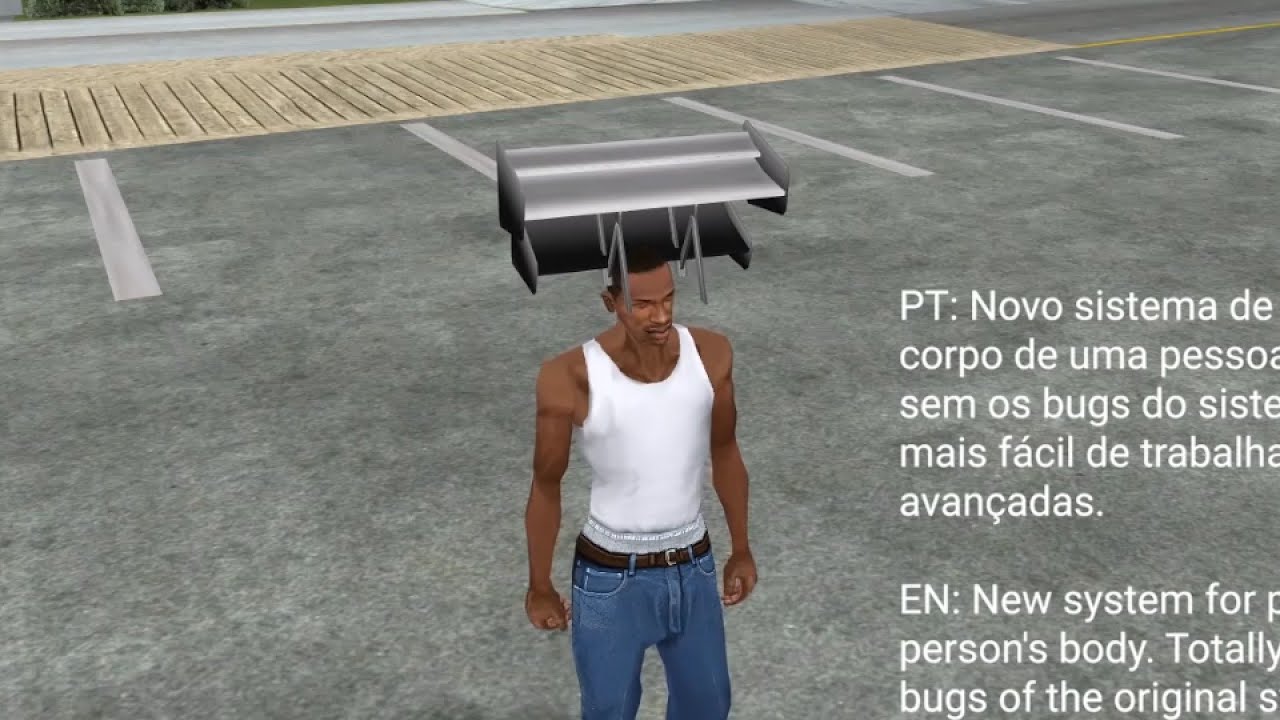 I don't think this car needs any introduction. Lamborghini Aventador has already become one of the most incredible supercars of recent years. Aventador translates to "fan", and thanks to its all-wheel drive and 700 hp, Aventador literally "blows" ...
DERK7 23 3868 3.58 Mb
6 August 2012 GTA San Andreas

One of the most beautiful and powerful Lamborghini Gallardo has become even more powerful and faster. The new LP570-4 Spyder Performante is capable of a top speed of 337 km/h, as well as cornering at high speeds. Alternative: Porsche 911 GT2, Ferrari...
Marklaren 13 3826 3.74 Mb
3 September 2022 GTA San Andreas

Features: ☆ - Supports the main functions of the game ☆ - Matches original settings ☆ - Good quality of the model and textures Vehicle for your Kart replacement game. It is made qualitatively, no bugs noticed Enjoy your game!
Vadim Panenko 3 2933 4.45 Mb
5 November 2012 GTA San Andreas

- HQ model from Forza Motorsport 4; - SA numbers; - Realistic damage and management; - Own shadow; - Adapted to IVLM mods and Active Dashboard v 2.0. As a mirror, a link to the version with automatic installation into the game is set.
ibilnaz 9 3005 5.17 Mb
12 November 2013 GTA San Andreas

This assembly fixes most of the problems in the game. Due to the fact that the developers did not fix the known problems, the players have to do everything. The game will now look as it should. The atmosphere has been improved with well-known fixes ...
Maks_grain4 35 8937 4000.00 Mb
Comments 17
Mobile version Desktop version
Sign Up