26 September 2019
Downloads: 571
Author*: Silent’s Blog
File uploaded by: Flixx
GTA III is a great game, but it has some glitches that make it less enjoyable to play. People often point out missing headlight crowns, but the game also has the infamous "purple nines" glitch.
This little plugin fixes both of these issues and fixes a few other minor things as well.

SilentPatch fixes:
- The mouse will no longer go outside the game rectangle, which allows you to play it without problems on multi-monitor installations.
- More accurate frame limiter, slightly reducing latency spikes when playing with frame limiter
- The game will no longer ask for a CD when all audio files have been copied to the disc
- In 1.0 cheat-armor is now TORTOISE - like in versions 1.1 and Steam
- In 1.0 BOOOOORING cheat now works correctly - like in versions 1.1 and Steam
- Mouse sensitivity is now correctly saved - like in versions 1.1 and Steam
- Headlight crown now renders correctly (same as PS2, XBOX and PC Steam versions)
- The game now runs a little better at high FPS. It no longer freezes on fades, though it still has issues with car physics, gravity, and sounds. Therefore, it is still recommended to play with the frame limiter set to ON.
- The rhinoceros no longer stays on the map using the cheat code
- Blista can now be lifted by a Crusher Truck Crane - it can no longer be lifted by a Coach
- Firing the M16 in first person now properly increases bullet fire rate (so you can't get more than 100% accuracy)
- Reflections on wet roads are now correctly displayed again (similar to road reflection fixes)
- The reintegrated light is on when receiving weapons/health/armor, bribes, hidden packages and money - these were only shown on PS2 due to a bug in all PC versions
- Track (destination) is now properly scaled to !
resolution! - All texts now have the correct shadows (depending on the selected resolution, without fixing they look thinner, etc.)
- Free respirators won't continue new game now
- Fixed ambulance and firetruck dispatch timers - they now reset in New Game
- The game will now no longer generate more than 32 bursts - while this never happened in the unmodified game, it could be due to exploits and could potentially corrupt the save.
- FILE_FLAG_NO_BUFFERING flag has been removed from IMG read functions - Streaming acceleration
- Alt + F4 now works correctly
- Some car panels are now detached after the car explodes (as intended, but the code force-fixed them immediately after being damaged)
- Changed metric to empire conversion constants for more accurate
- All censors from the German and French versions of the game have been removed
- Bombs in cars stored in garages are now saved correctly
- Fixed a bug that caused games to freeze if III / VC / SA were running at the same time
- Vehicle generator counters now work correctly for generators with a fixed amount of spawning
- Keyboard input delay decreased by one frame
- Fixed a crash after a short game without a sound card
- Made the game select metric/imperial units based on system locale settings. This can be overridden from the INI file
- Car reflections are now displayed correctly in the Steam version

ATTENTION!!! All mods included in the assembly belong to their rightful authors. I just put them together, selected for compatibility with each other and prepared for the game. Description. A pack of mods for GTA 3 that make it more pleasing to...
Darkky 14 2259 1630.00 Mb
13 April 2012 GTA 3 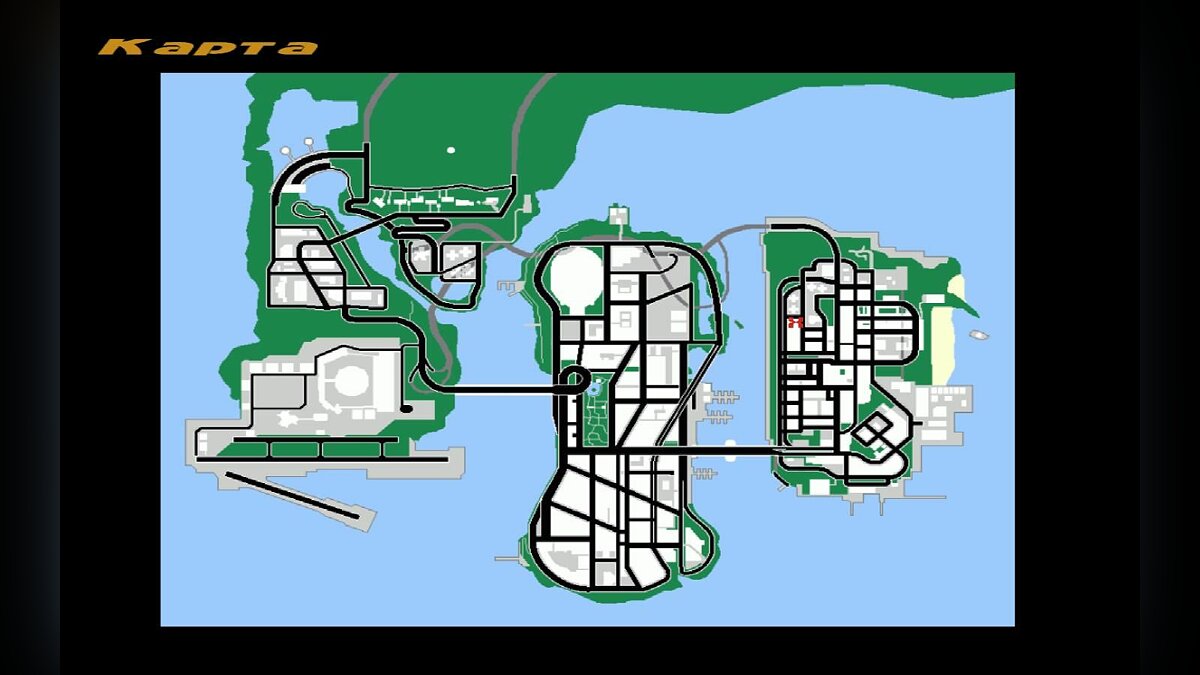 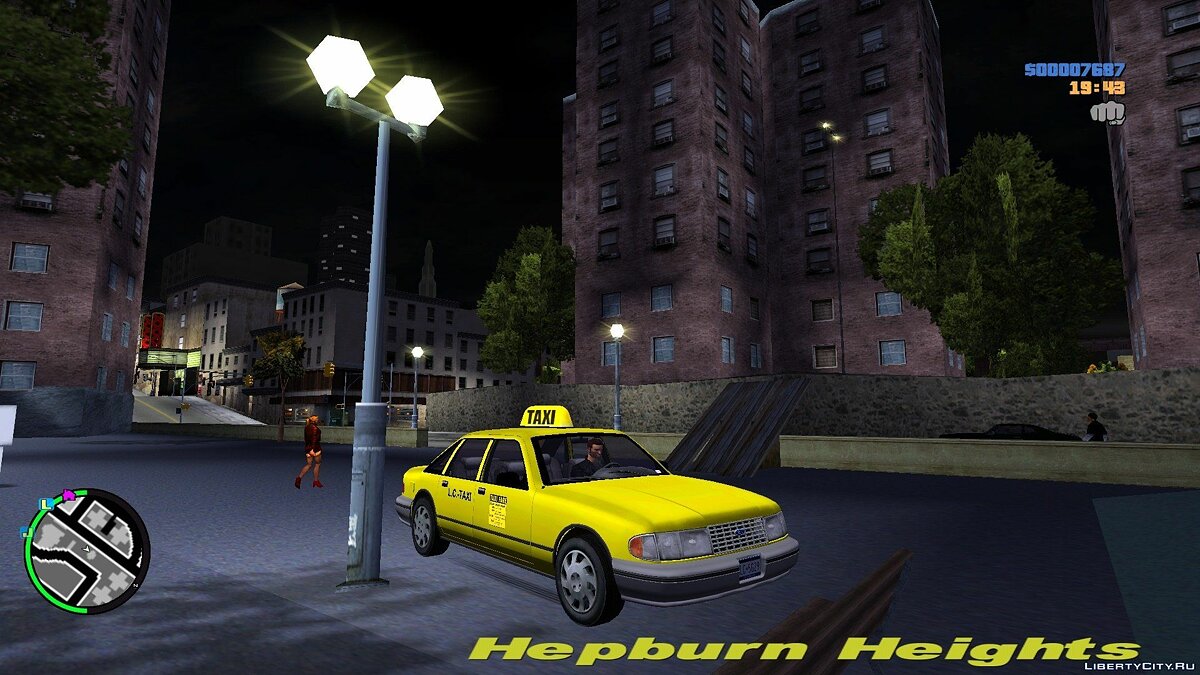 Description: This script allows you to freely control the camera while driving a car or flying a helicopter (GTA VC). Free camera is activated when the player is in the car. The script works on both GTA 3 and GTA Vice City. Installation: Copy "[III...
vlad-b-3 18 9057 2.41 Kb
3 June 2019 GTA 3 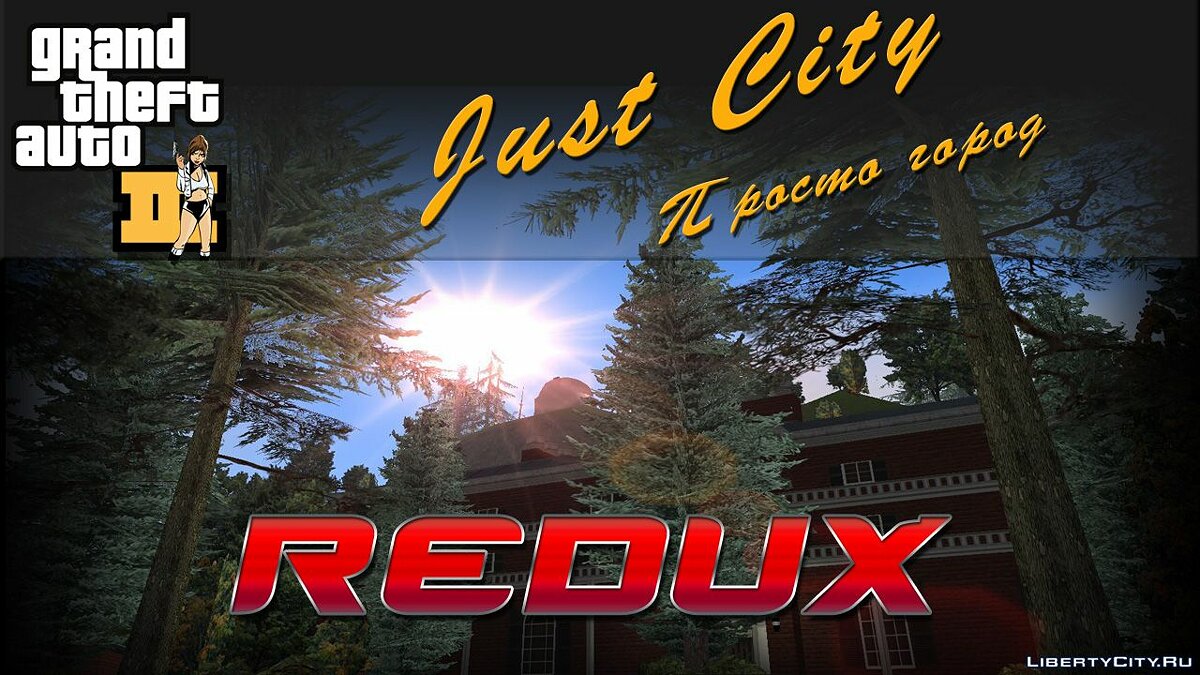 This is a build mod, ex Just city , which was an alternative to Snow city . But the mod has evolved into something more. And now it's REDUX. What's new? Yes all. The main goal is transformation, new graphics and atmosphere. New lighting system, new...
DimZet 17 2050 939.00 Mb
9 September 2013 GTA 3 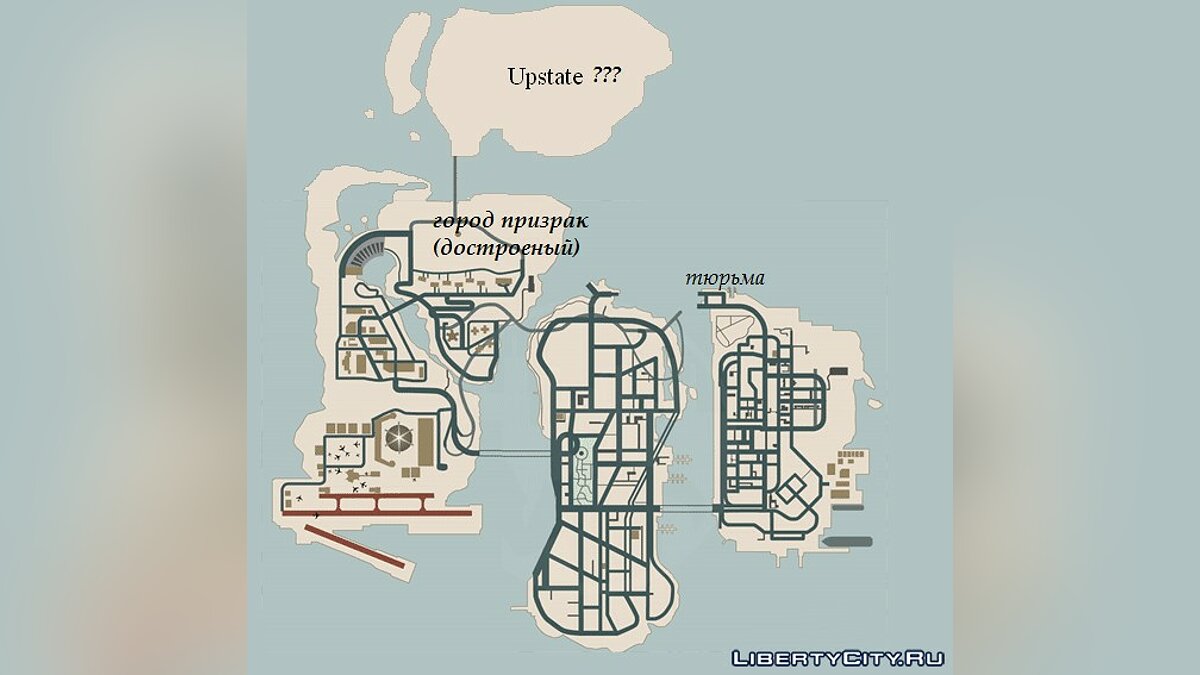 The main goal of the mod is to complete the ghost town and give it life. Features: * Enforcer and Police Car are blue, like in the beta version of the game * Pipeline and observatory are now available * Ghost Town is completed and tunnels to it are ...
vlad-b-3 18 4265 131.00 Mb
2 February 2013 GTA 3 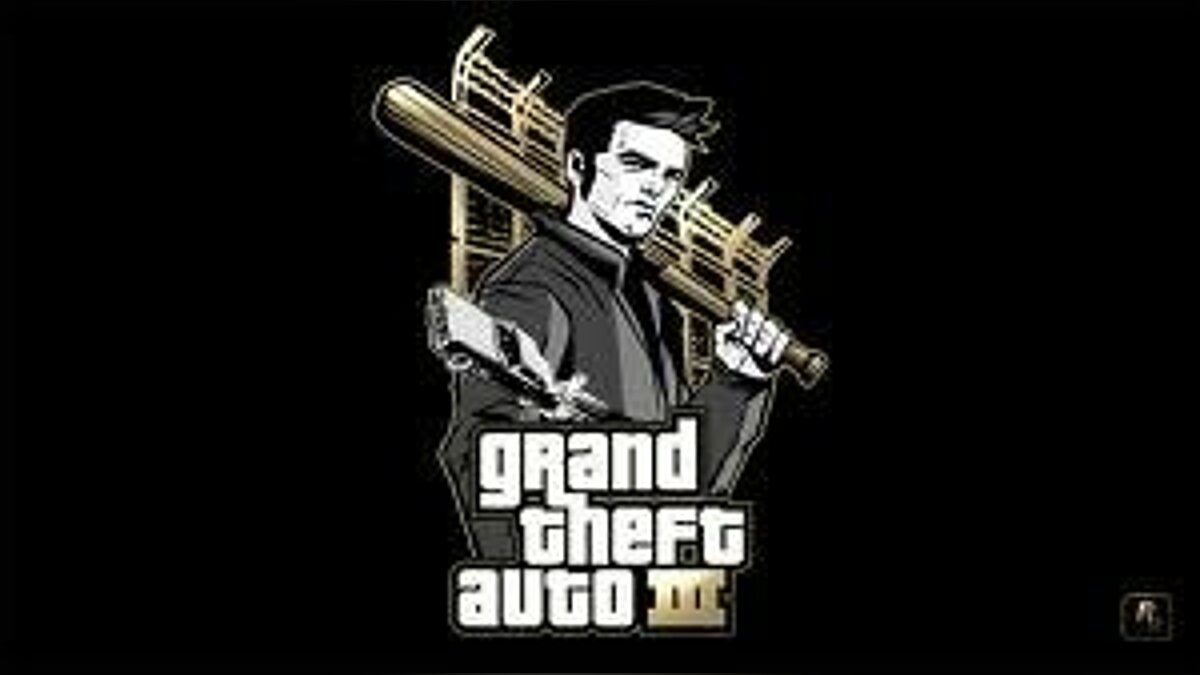 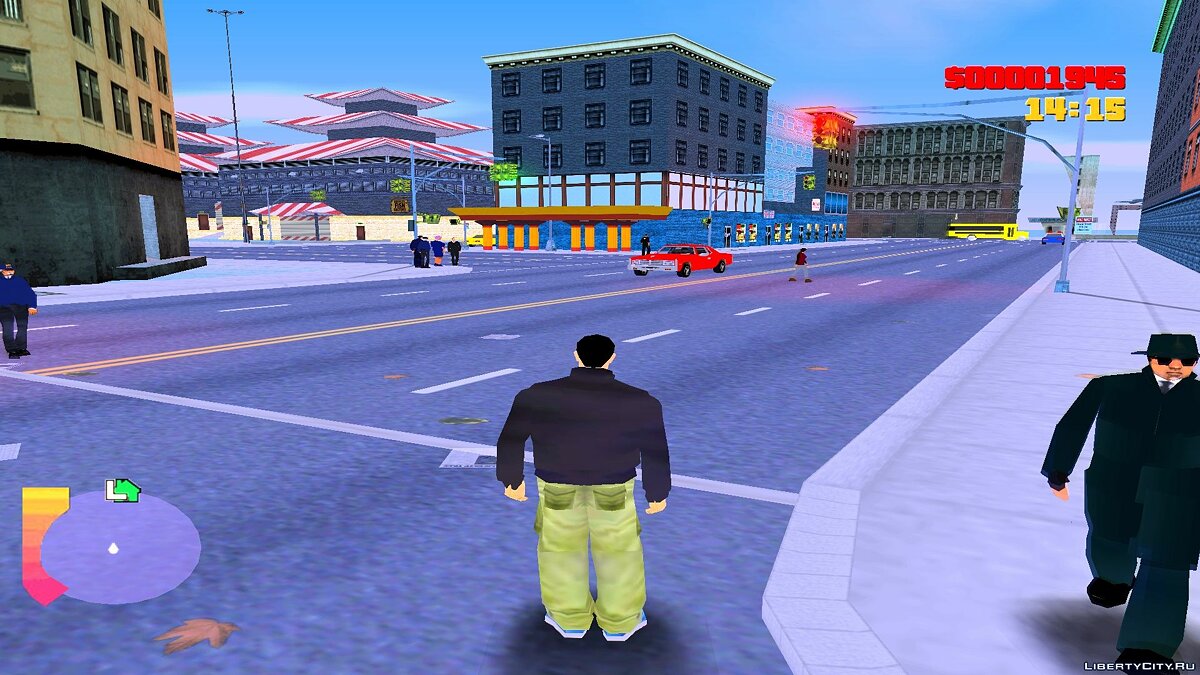 Evil time of day. Especially for everyone, I made an attempt to assemble an assembly of Alpha, Beta, Mobile versions as they seem to me. I haven't played the original so I don't know. It is quite possible to recognize. All rights to all resources bel...
gta3iPad 16 3939 4147.20 Mb
6 January 2021 GTA 3

This assembly fixes most of the problems in the game. Due to the fact that the developers did not fix known problems, everything has to be done by the players. Now the game will look like it should. The atmosphere has been improved with known patche...
Maks_grain4 38 4919 969.00 Mb
24 November 2013 GTA 3 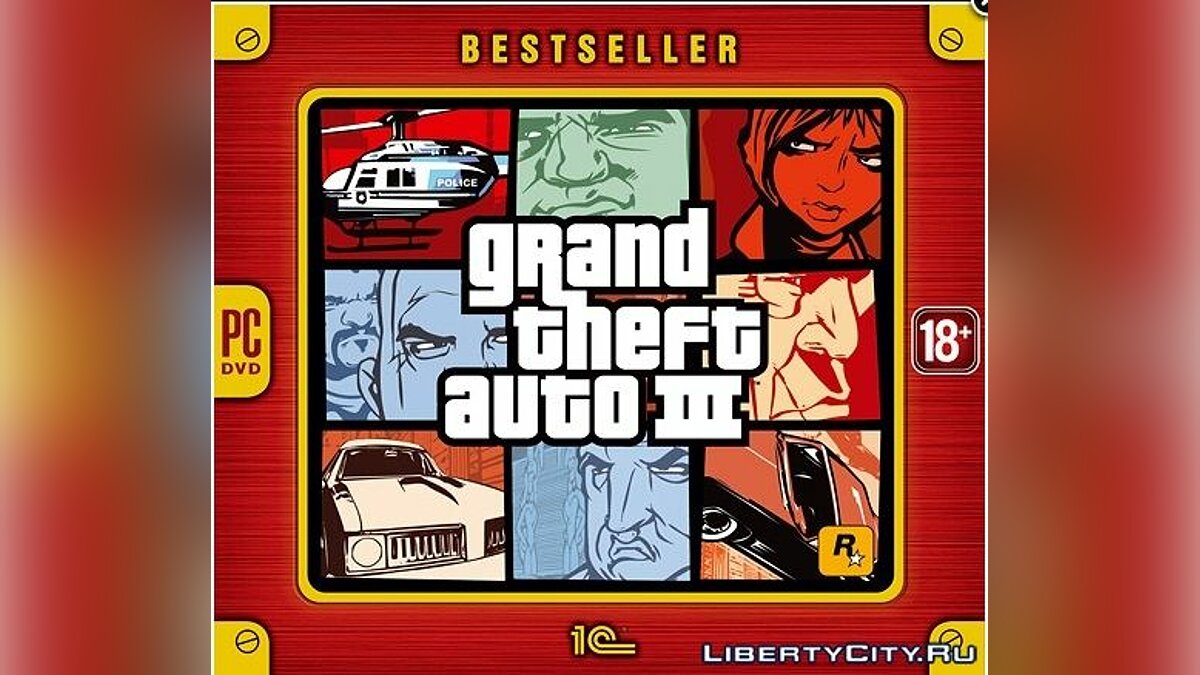 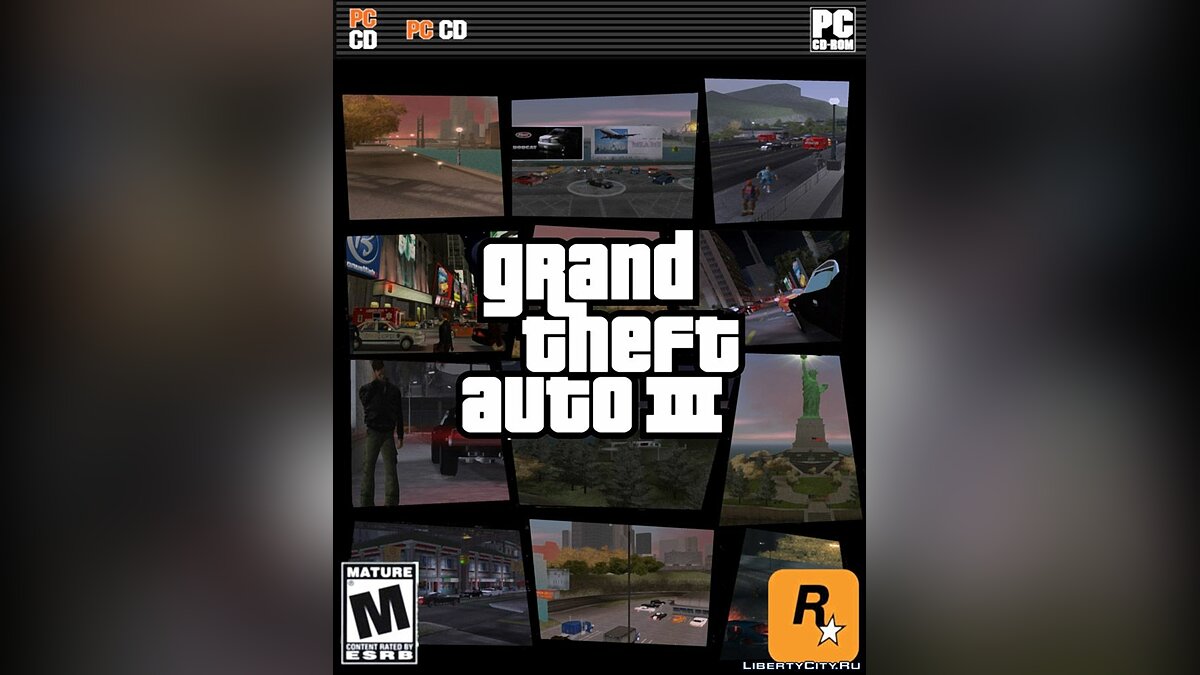 Now the world of GTA 3 has become a little more realistic and beautiful. The game contains the most high-quality modifications from the Internet, at the same time without disturbing the atmosphere of the game. Changelog Replaced a lot of textures, mo...
CrowFX 19 2735 800.00 Mb
3 July 2012 GTA 3 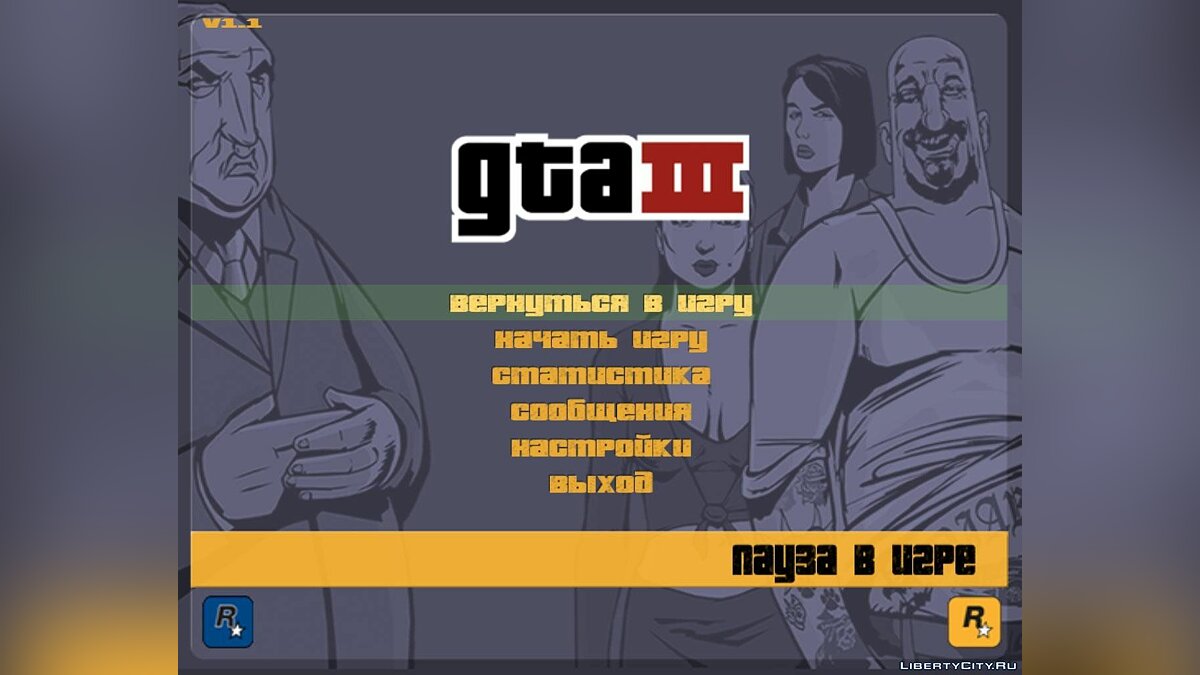 NoCD for GTA 3 v1.1 for cracks from "Buk" and "1C". Unlike other cracks, with this the text in the game is displayed normally, and not crooked. Yes, and the crack itself is good, I went through the whole game with it 100% and did not notice any crook...
TheElderScrollsBoy 22 16656 1024.00 Kb
Comments 1
Mobile version Desktop version
Sign Up